Welcome to Papatowai, The Catlins

We are spoilt for choice when it comes to The Catlins; some would say it is a photographer's dream. The area boasts natural landscapes, wildlife and an iconic lighthouse, it's no wonder it is becoming Insta-famous. The panoramic views from Nugget Point Lighthouse are like no other. It has been named by Lonely Planet as one of the 'greatest lookouts' in New Zealand! The famous 'nuggets', named after Captain Cook as they looked like golden nuggets when the sun shone on them.
#NuggetPointLighthouse @kmexplores This triple-tiered waterfall has even featured on a New Zealand postage stamp! Situated off the main road along the Southern Scenic Route, you will find Florence Hill Lookout. Look out over the rolling green hills to where the sea meets the forest. 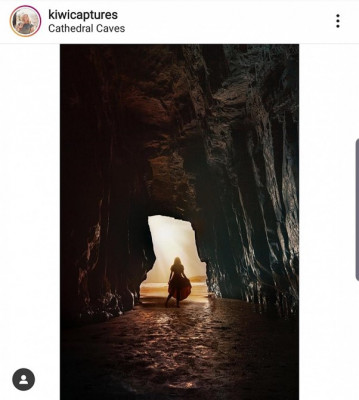 Cathedral Caves in The Catlins are majestic sea caves, which are open to the public at low tide. Set in towering cliffs, the caves are 30 metres high with 200 metres of passageways and amazing acoustics. McLean Falls is the highest of The Catlins' wonderful waterfalls and some say the most spectacular in the Southern region. Purakaunui Bay is a stunning stretch of Catlins coast which boasts the area’s highest sea cliffs. It is a special surfing spot, complemented by a beautiful bush backdrop.